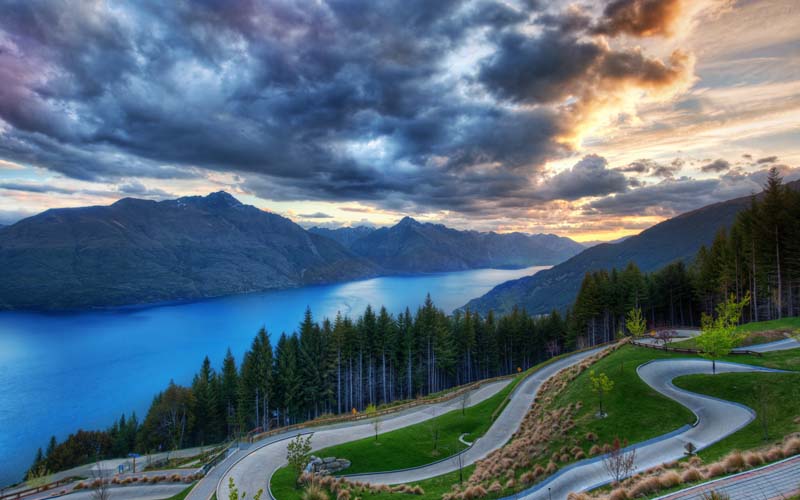 Some Interesting Facts about New Zealand

2. The country has two national anthems: God Save The Queen and God Defend New Zealand.

3. The Treaty of Waitangi, signed on 6 February 1840, establish a British governor in New Zealand, recognized Maori ownership of their lands and other properties, and gave Maori the rights of British subjects.

5. “Lord of the Rings” was filmed entirely in New Zealand.

6. Auckland City Sky Tower is the tallest freestanding structure in the Southern Hemisphere at 328 meters

7. New Zealand is part of the Pacific Rim of Fire. Mount Ruapehu, situated in the middle of North Island, is the most active volcano on mainland.

8. With 2.5 million cars for four million people, including children, New Zealand’s car ownership rate is one of the world’s highest.

10. New Zealand is one of the top five dairy exporters in the world.

11. It is one of the first countries in the world to see the sunrise.

14. The New Zealand Christmas falls into the summer season when the Pohutukawa tree (unofficial Christmas tree) is full of crimson red blossoms.

15. It is home to the world’s biggest flightless parrot, the oldest reptile, biggest earthworms, and smallest bats.

16. Another native bird of New Zealand, the Moa was one of the largest birds in history – standing up to 3.6m (12 foot) tall and weighing 300kg. Unfortunately, they were hunted to extinction by the end of the 1500s.